Stopped me in my Tracks 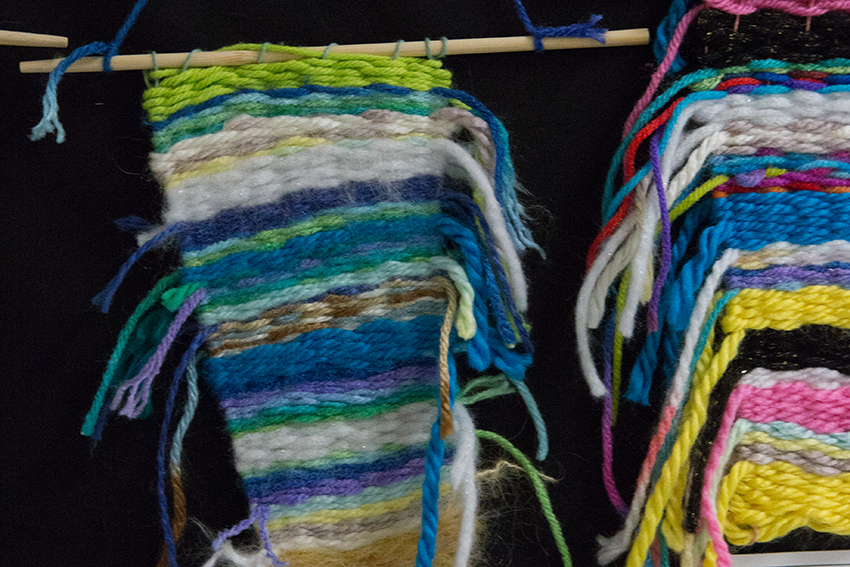 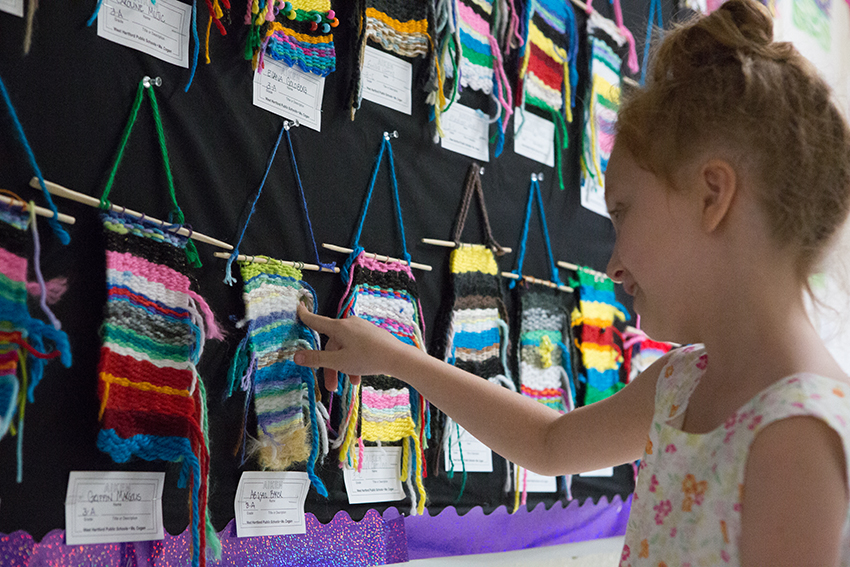 I've been to many elementary school art shows. Anna's Kindergarten through fifth grade there and now they continue as Abigail is in that school. But never, ever have I really stopped in my tracks.

It started with a special third grade event that Scott and I went to at 11:30 that morning. (more on that later). Later that same afternoon when I picked up Abigail at the end of the day we went to the Book Fair in her library. Then we were supposed to go home again and then back in the evening 7pm for the Art Show. That would be like four times to her school in one day. Sooooo I convinced her to give me a tour of the Art Show after dismissal and after we went (and bought books) at the Book Fair.

It was actually lovely not being there at night with the huge crowds. The school was empty (all of the teachers were in district meetings) and we had the halls all to ourselves.

Since this is like my millionth Art Show I knew what to expect. No surprises. Until I turned the corner and she casually showed me (as if it was no big deal) her first painting.

And then I was surprised. Stopped me in my tracks really. 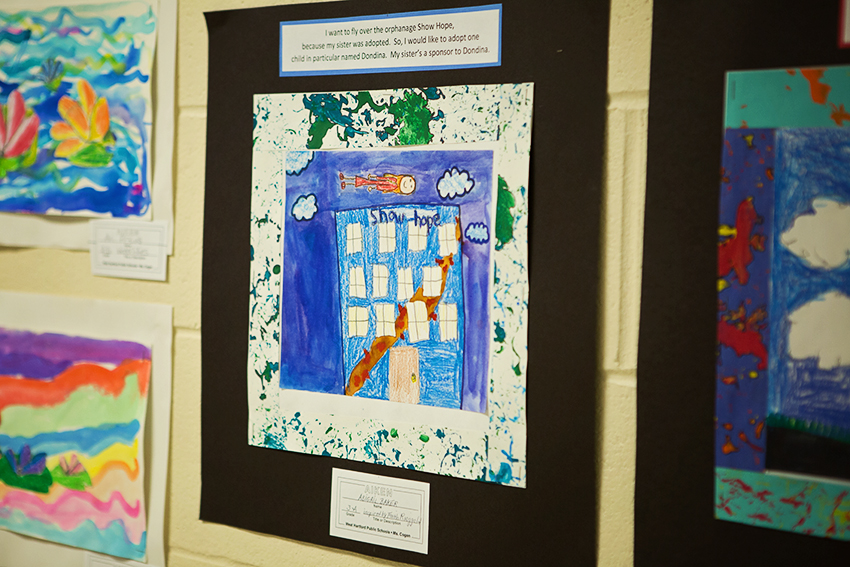 The children were asked to paint themselves flying over something in a dream. Typical third graders flew over Dunkin Donuts, a toy store... the most creative one I found flew over the Boston Red Socks stadium. 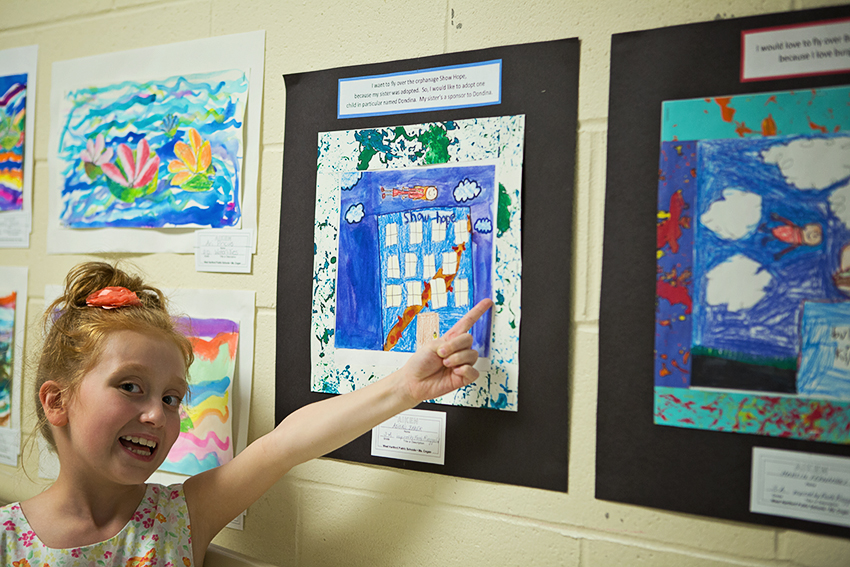 My girl? She painted herself flying over Show Hope. 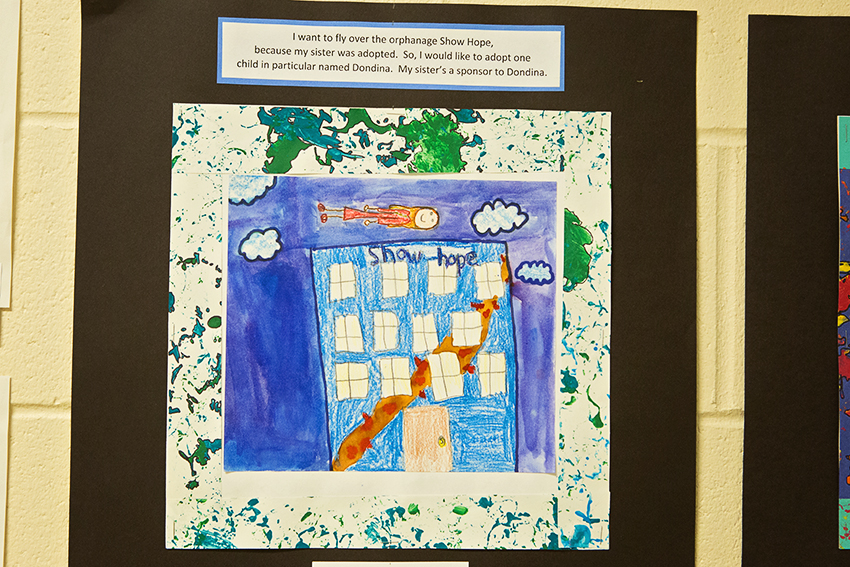 Show Hope she actually remembered from waaaaay back here. That was a long time ago. How she ever remembered a bit of how the building looked amazed me. (here is the post from 2014) 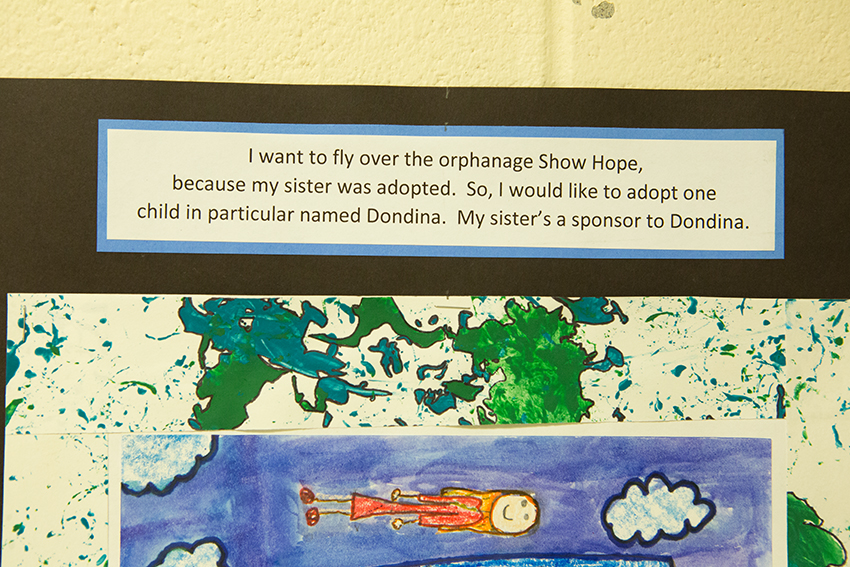 The tree she painted going through is from one of the videos we showed Anna when she became a sponsor. 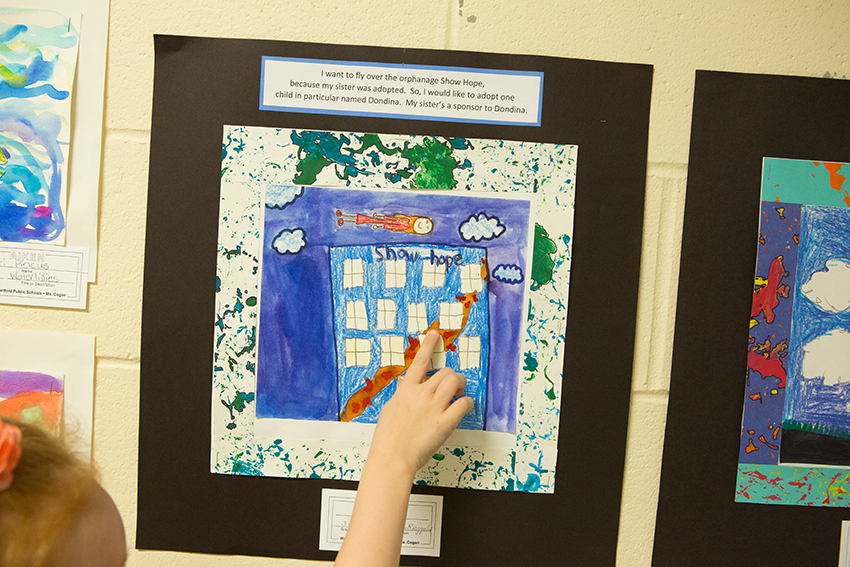 But the fact that she would fly over a Chinese orphanage in her best dream... well, that just about stopped me in my tracks.

This girl of mine. She has a big big heart. She loves adoption. She loves her Chinese sister. And I can't wait to see her life unfold. 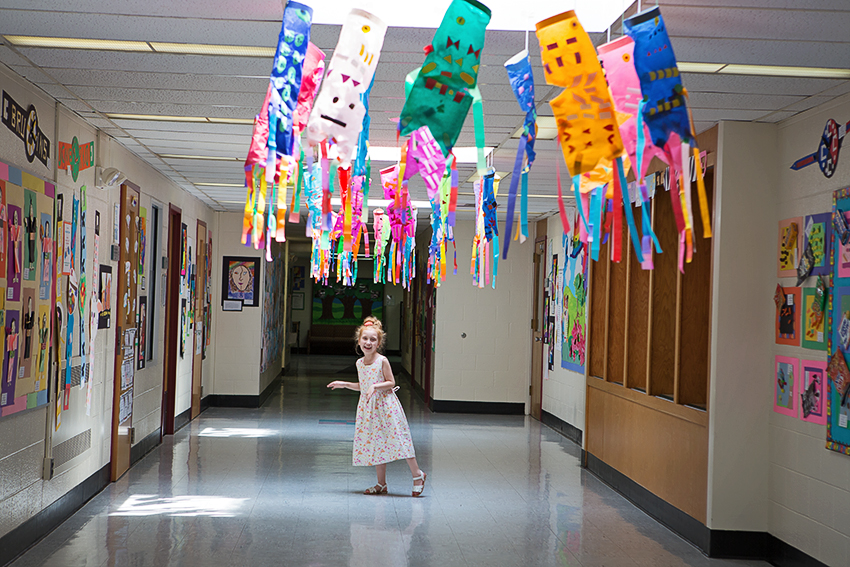 Because there will be more, many more stop me in my track moments.