When Six and Ten are Friends with Eighty Eight

My daughters have a new pen pal.  She's eighty eight.  Okay, so I'm just guessing because I'd never ask her.  But I do know that Henry, her husband just turned ninety five.  So I'm taking my cues from that; thinking she's the 'younger woman' in that relationship.

She lives next door to us.  Has since we moved here so long ago.  But she's lived here since there were cow pastures instead of schools all over. 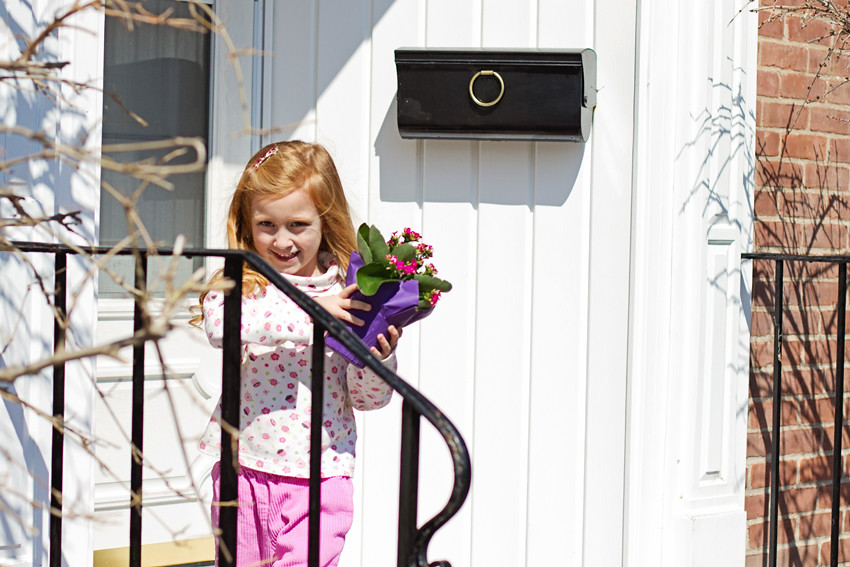 She dresses like she just stepped out of Ann Taylor.  Every day her 'slacks' (that's what my grandma used to call them) are 'pressed' (another word from grandma) and her hair is just so.  She has pretty shoes and her hair matches right along with that.  Sometimes when I see her say a little hope to my heart that I look like her when I'm her age.  I'm guessing that she doesn't like to bake like me.  There is no roundness from too many apple pies.  And I've never seen her run out the door forgetting to take off her apron like I do some days.

She doesn't drive.  Never has.  Henry still opens car doors for her.

She's sophisticated and sweet, calm, and lovely.  And she's lit up my daughters lives this winter.  And she lit up mine one day on the phone when she said to me in a scratchy voice, "I just love those girls." 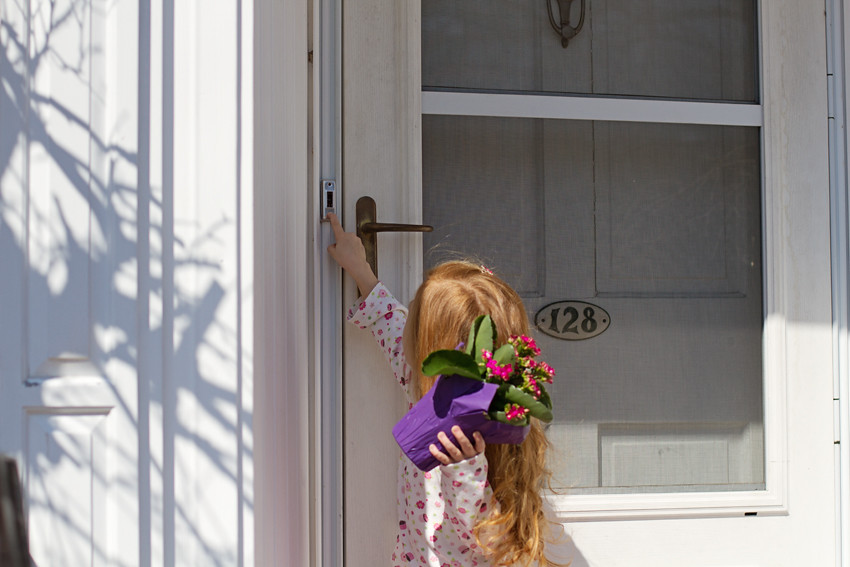 It all started with a big blank paper and some markers left out on the kitchen table.  They drew for her and then dropped it in her mailbox.

And she wrote back. 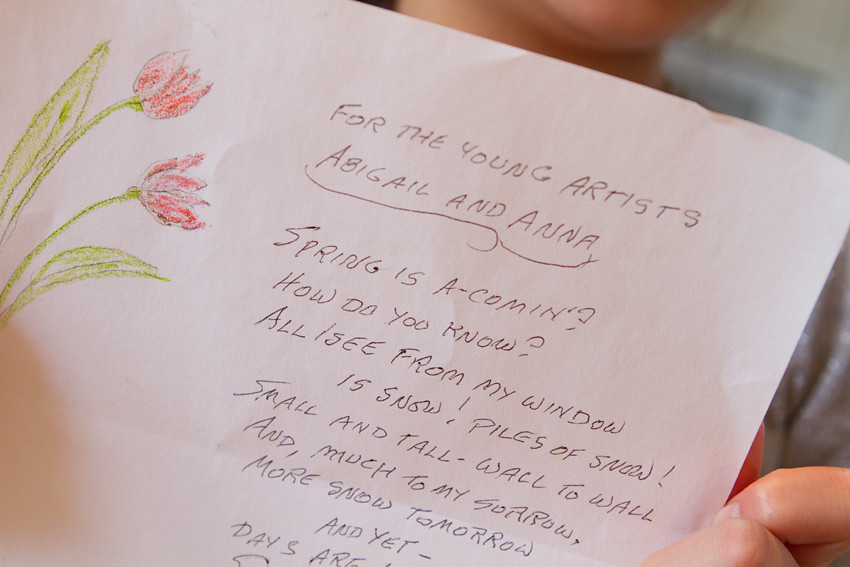 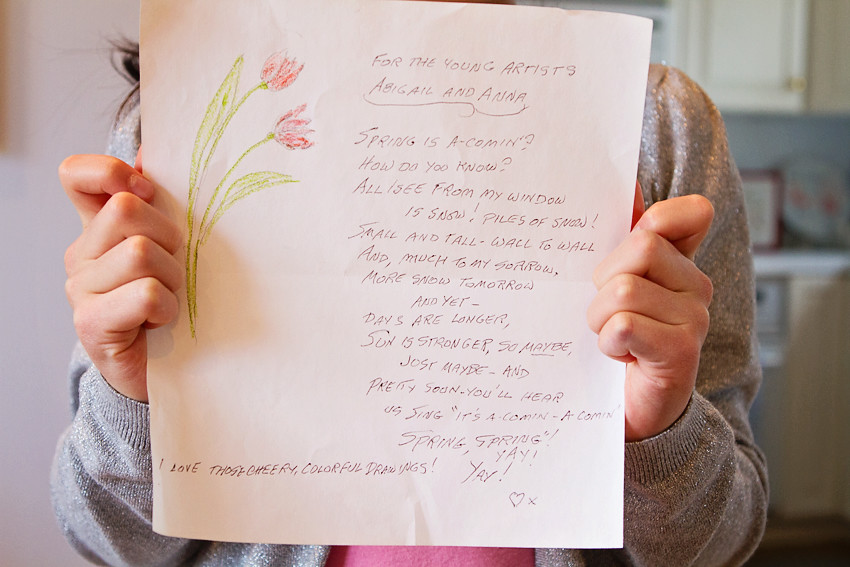 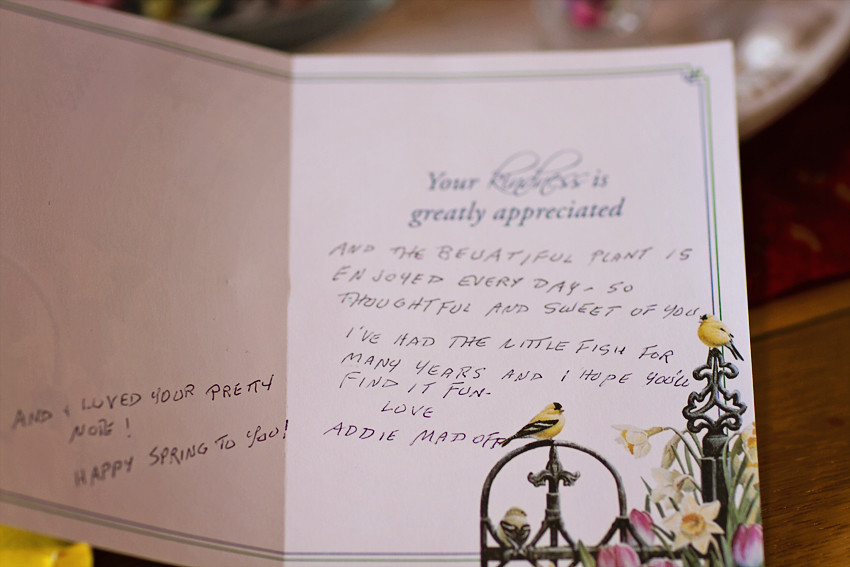 Poems of telling that winter should be gone and all kinds of wisdom and sweetness that only someone her age could give.

It's not like grandmother love.  My girls have plenty of that.  It's just pen pal love.  From a pen pal who's almost ninety.

Do you know what I think?  I think ninety is wonderful.
Posted by Tara at 8:18 AM

Email ThisBlogThis!Share to TwitterShare to FacebookShare to Pinterest
Labels: Addie